England and Saracens star Maro Itoje is in Kenya to visit Atlas Foundation which uses rugby’s ideals and communities to help the world’s most vulnerable children.

Itoje confirmed his visit through his social media accounts where he posted a photo posing with kids from King’s Rugby Development Academy, which is a development program for the poorest kids in the Kibera and a partner of Atlas Foundation.

Atlas develops partnerships with people like Itoje and organisations that have a positive impact on the daily lives of young people growing up in some of the world’s poorest communities.

Atlas works directly with community organisations, giving them the long-term support and encouragement they need to deliver lasting change. 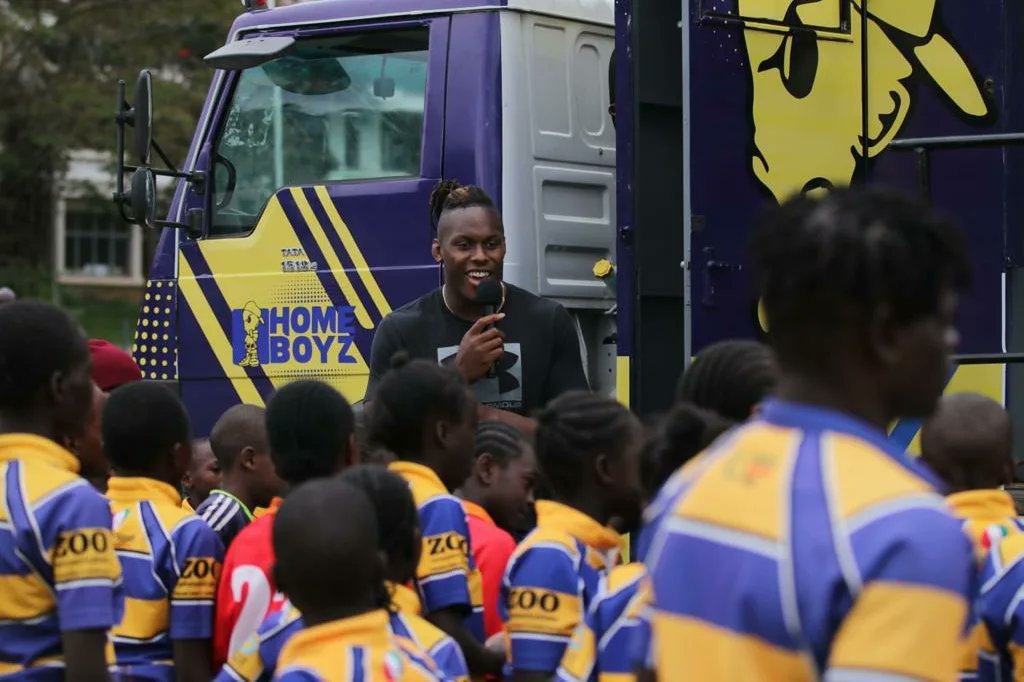 Through these trusted partners, Atlas provides safety, education, food, physical activities, guidance, and community to thousands of children across five continents – giving them the skills, tools, and confidence to thrive.

“I’ve got a new team!! Touched down in Nairobi to see the Atlas Charity and support some of their projects on the ground! Working alongside local partners to help the most disadvantaged children in Nairobi!” Itoje posted.

Touched down in Nairobi to see @theatlascharity and support some of their projects on the ground! Working alongside local partners to help the most disadvantaged children in Nairobi! pic.twitter.com/kaYHf1bLPG

Itoje was born in Camden, North London to Nigerian parents. As a schoolboy, Itoje played several sports including basketball, football, rugby and athletics, representing England at the U17 level in the shot put.

He studied for a politics degree at the School of Oriental and African Studies in Bloomsbury, London at the same time as starting his rugby career.

He signed his first professional contract with Saracens in 2012 and made his first appearance the following year. He received his first call-up to the England team in 2016 ahead of the annual Six Nations Championship and became a firm favourite to both Saracens and England fans.

Itoje has been selected for two British & Irish Lions tours and in the second tour was voted the Lions Player of the series by his peers.