Los Angeles 7s competition will enter the knockout stage on Sunday 28 August with eight sides still in contention for the Cup title at Dignity Park.

Kenya 7s will have a date against World 7s Series title chasing-Australia in the first quarterfinal set for 8:13 PM  East African Time. Shujaa reached this stage after picking two wins that saw them finish second in Pool D with seven points. It will be Shujaa’s first quarterfinal since the 2021 Dubai 7s tournament.

Australia had an unblemished record on day one as they defeated Argentina, Japan and Spain to top Pool A with nine points.

Fiji and USA will square it out in the second quarterfinal encounter. Fiji were also unbeaten on day one topping Pool C with nine points after wins over Ireland, Wales and France in the group stage while the USA finished second behind New Zealand in Pool B. 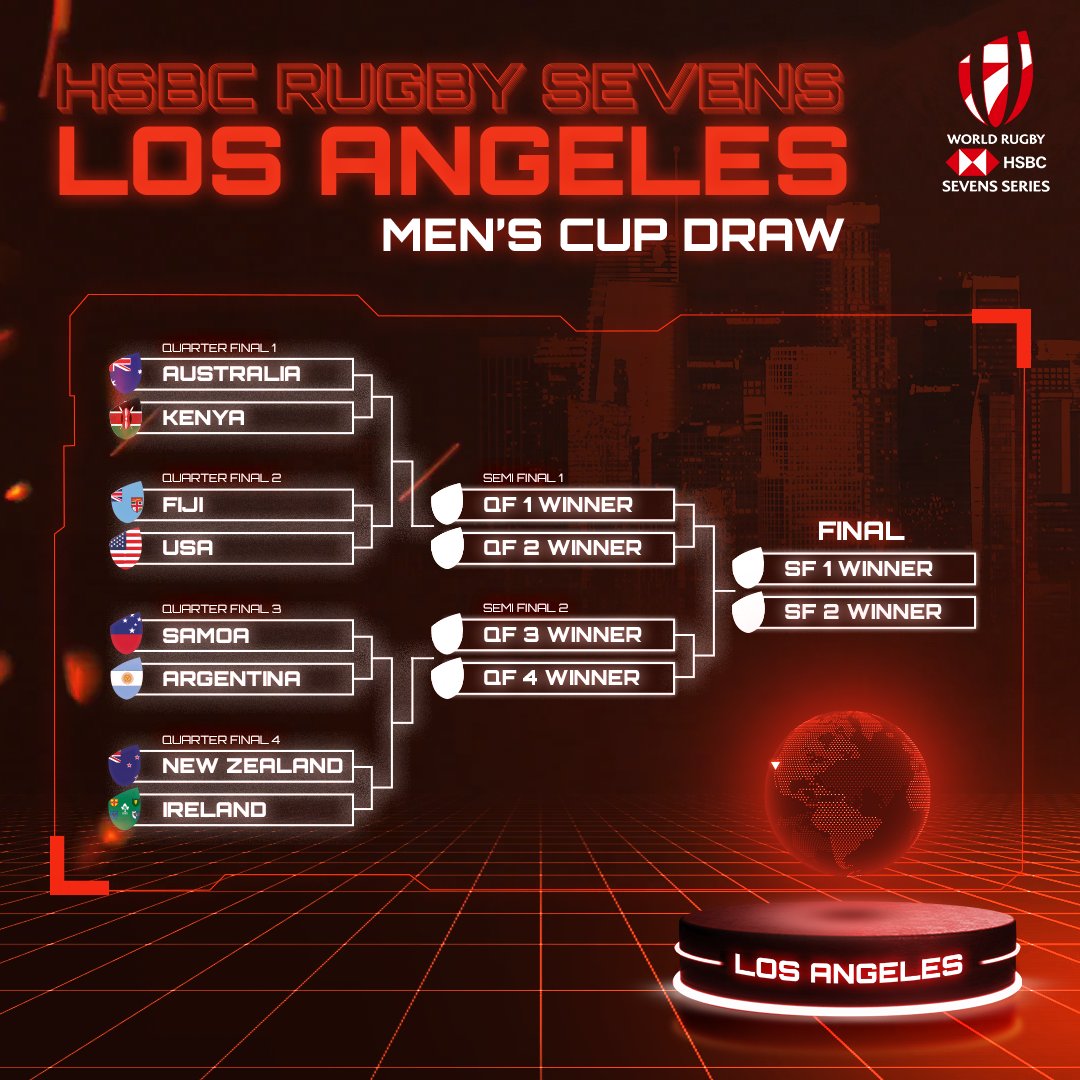 Pool D winners Samoa have been paired against Argentina who are also hoping to win the World 7s Series.  Just like Fiji, New Zealand and Australia, Samoa had a 100% win record in the group stage thanks to wins over Kenya 7s, Scotland and England.

Topping Pool B has seen New Zealand land a quarterfinal encounter against Ireland.

Who else but Billy Odhiambo! 🇰🇪

After scoring his 100th series try earlier in the day, Odhiambo sends @KenyaSevens through to the Quarter-Finals with a late score 🏉#ImpactMoment | @DHLRugby pic.twitter.com/wFB2q3R9Sb

The World 7s Series will conclude this weekend.  Due to the effects of the global epidemic, the 2022 Series features a unique Series scoring system in which each team’s end-of-season total is derived by taking their best seven results from the nine Series events.