Player of the match Marika Koroibete was inspirational for the hosts in defence and attack, powering them to victory.

He produced one of the greatest try-saving tackles in the modern era on Makazole Mapimpi, before crossing for a second half try as the side bounced back from their disappointing defeat in Argentina.

“It was a tough tour in Argentina but to come here in front of an Adelaide crowd, we’re very proud of the effort put in.

“We’ve talked about (a strong start) all year, it was a matter of just doing it and delivering. We started the game well and it put us in a good position.

“There’s parts of that game we had to show a lot of a character and we hung on. We scored when we got those opportunities as well.”

The hosts got off to the perfect start as Allan Alaalatoa put Fraser McReight through a gap to score after just 62 seconds.

South Africa looked to strike back through Handre Pollard, however, his radar was off to begin the match as he missed his first two kicks.

The hosts’ struggles at lineout time allowed the world champions to build pressure, with only heroic defence from the likes of Marika Koroibete and McReight holding them out.

Tom Wright was yellow carded in the 30th minute after one too many penalties.

As the Springboks built pressure, this is where Koroibete produced his piece of magic.

The Wallabies were caught short as the visitors spread it wide, finding Makazole Mapimpi unmarked in the corner.

Koroibete proceeded to race from his wing to the other, smacking Mapimpi and forcing the winger head over heels into touch.

From the resulting scrum, Faf de Klerk was yellow carded for a high shot on Nic White as the Wallabies held onto a 10-3 lead at the break.

With de Klerk still in the bin, it was Koroibete that sparked the Wallabies into life, stepping Pollard to dive over the line.

Captain James Slipper turned playmaker as he linked up with Noah Lolesio, putting the young half through a hole.

Lolesio then produced a perfect flick pass to find Fraser McReight as the flanker crossed for a double.

A further penalty to Lolesio put the result out of question, delighting the 36,366-strong crowd at the Adelaide Oval.

Kwagga Smith and Franco Mostert crossed late for the visitors, denying a bonus point to the Wallabies.

However, it was too little, too late as the hosts extended their eight-game unbeaten run against South Africa in Australia. 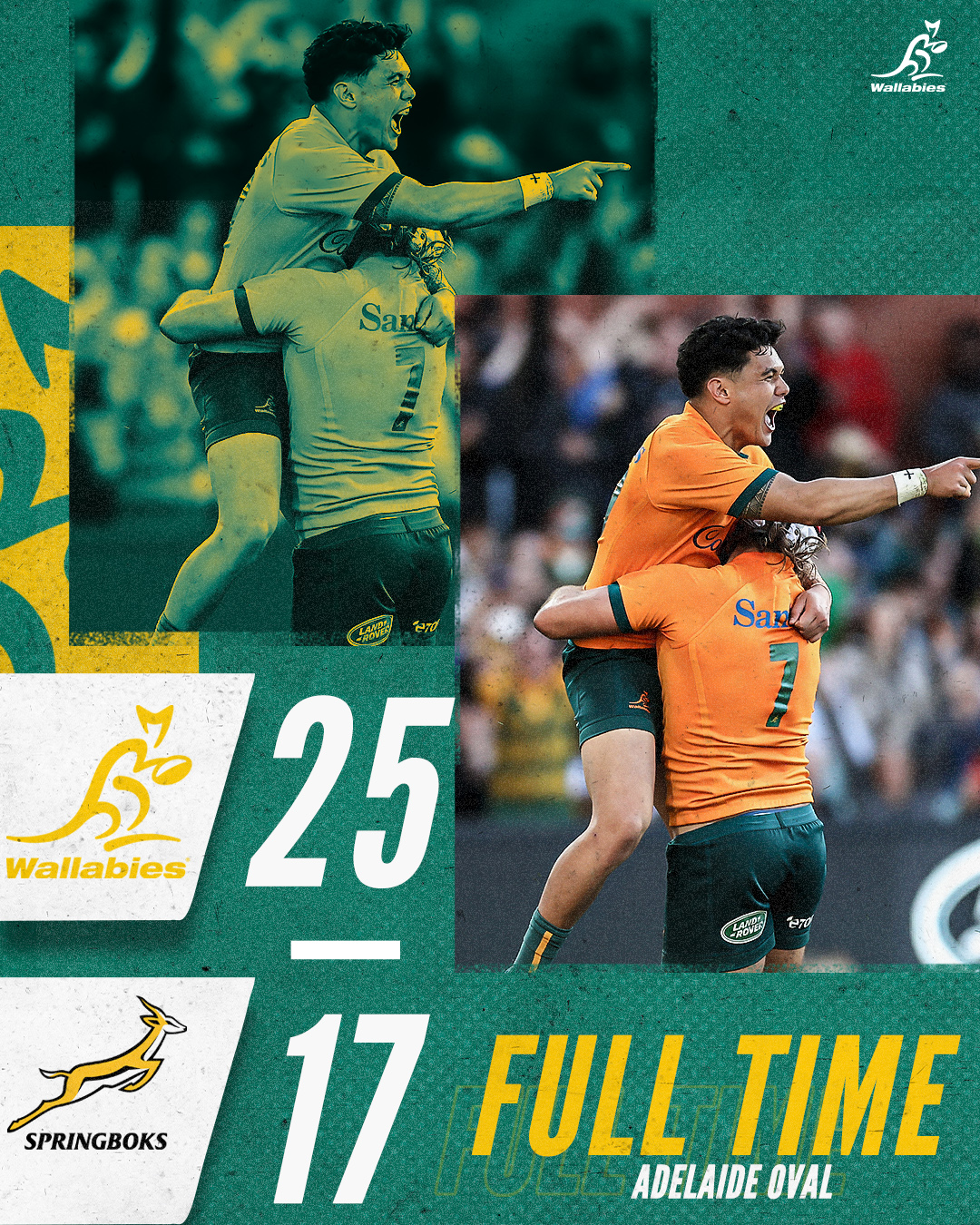