Through his social media channels, the fly-half acknowledged that hanging his boots was a difficult choice. He continued by saying that he retires from rugby with wonderful memories and new friends across the world.

The immediate former Nondies man who is currently healing from a broken leg described the last 21 months as the ‘hardest of his life.’

“It’s fair to say that these past 21 months have been the hardest of my life but also the most rewarding in a weird way!” he posted

“However, it comes with a heavy heart that I have taken the step to retire from rugby and finally hang the old boots once and for all!”

“What a journey it has been and I can’t thank everyone enough for the love and support I have had that has made this journey and chapter in my life an incredible one! I leave the amazing game with plenty of memories and friends for life from all corners of the world!”

“But for now let’s bring on the next chapters in life,” he concluded.

Oscar last played rugby in November 2020 where he helped SX10 win the World 10s Series held in Bermuda. Days after returning home he was involved in a hit and run accident while riding his bicycle. 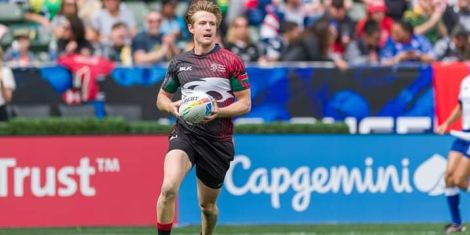 Accident which occurred between at the junction of Bogani and Quarry Lane in Karen left the player with a seriously damaged leg.  He had to undergo treatment in South Africa.

The playmaker had won the Rugby Africa Cup title with Kenya 7s in 2019 and played 20 matches for Kenya in the World 7s Series scoring four tries. He has retired at the age of 29.