Damian McGrath’s charges came to this hoping to revenge a 22-12 in the semi-finals of the Africa Rugby Sevens Cup in Kampala on April 24.   Shujaa started off strongly scoring three tries in the first half and got two more in the final half. 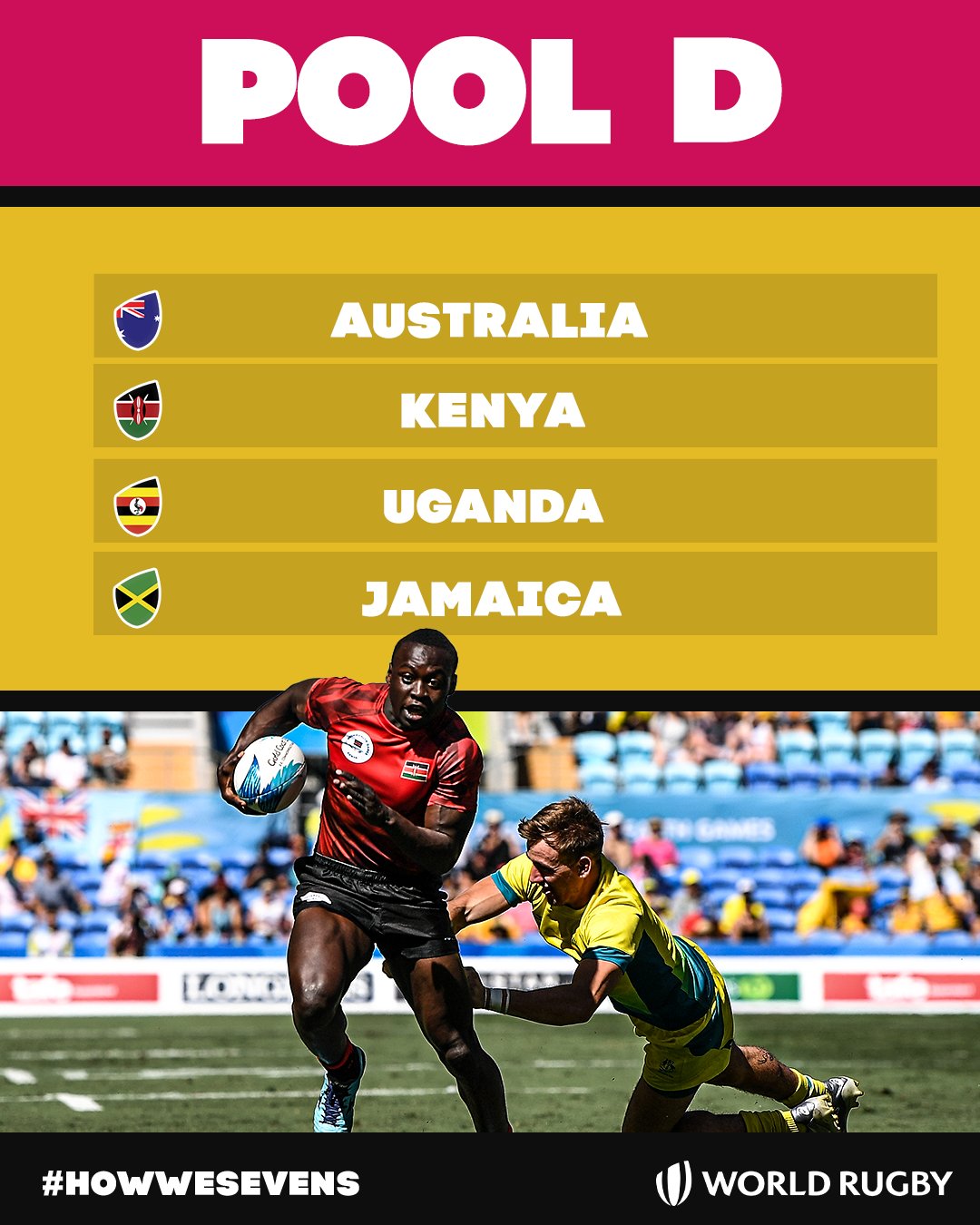 Shujaa qualified for this tournament through the World 7s Series, whereas Uganda qualified after winning the Rugby Africa Men’s 7s at Kyadondo, Kampala, Uganda. It was always going to be a high-stakes encounter, with both teams understanding that a win would increase their quarterfinal prospects in addition to bragging rights.

The Uganda’s were dealt an early blow when Ian Munyani was yellow carded just after kick 0ff following a dangerous tackle on Herman Humwa. From the resultant penalty, Kenya called for a scrum which saw lindi easily picked the ball to score the opener.

Kenya were at it again when Anthony Omondi released a pass to Humwa for a centre post try that was converted for a 12-0 lead.

The third try was from Billy Odhiambo who picked the ball from the ruck and raced to score on the right side.

Timothy Kisiga pulled back one try for Uganda, selling a dummy before slicing through the defence for a centre post try for a 17-7 scoreline.

In the second half, Philip Wokorach outpaced Olindi on the right wing and scored a try that cut the gap to three points after conversion.

Adrian Kasito’s yellow card put a dent to their hopes causing another upset as Kenya capitalized on the numerical advantage to score through Olindi.

Kevin Wekesa came off the bench to grab the fifth try of the match scoring at the left corner for a 27-14 win. Shujaa will be back in action at 8:58 PM EAT hoping to book a place in the semis. 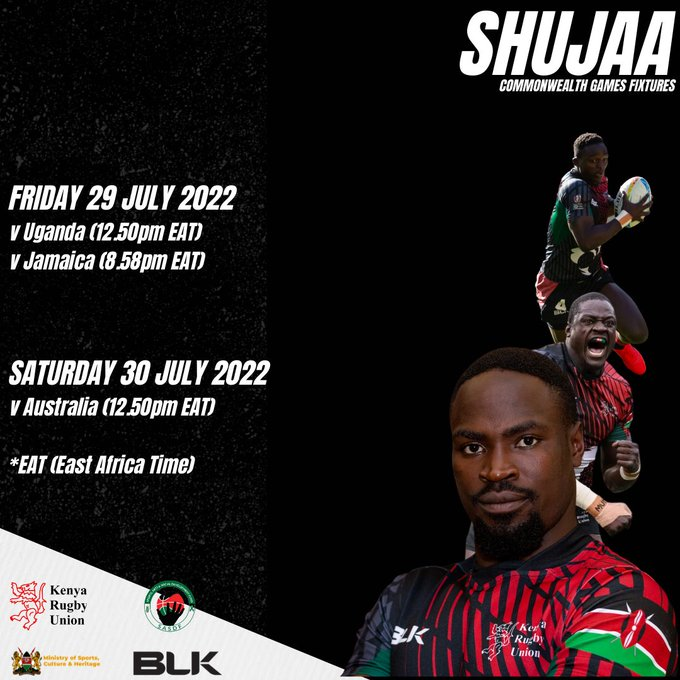 The first match of the Men’s category saw Samu Kerevi bag a hattrick of tries while Nathan Lawson got a brace as  Australia thrashed Jamaica 62-0.