The University of Eldoret Students managed to pick their second win in the league after edging the Saints from Maseno 25-5. The five tries made the Trojan maintain their top spot with nine points having attained one bonus point.

Secondly placed in pool A are the TUK Mustangs with five points and they are having one-point difference with the Catholic Monks. The Saints from Maseno are placed last with zero points after conceding defeat in all their two matches.

In pool B, JKUAT Cougars and Egerton wasps are on ten points each but they occupy the first and the second spots respectively. DEKUT is placed third with zero points followed by KCA Sparks which occupies the fourth position with no points. 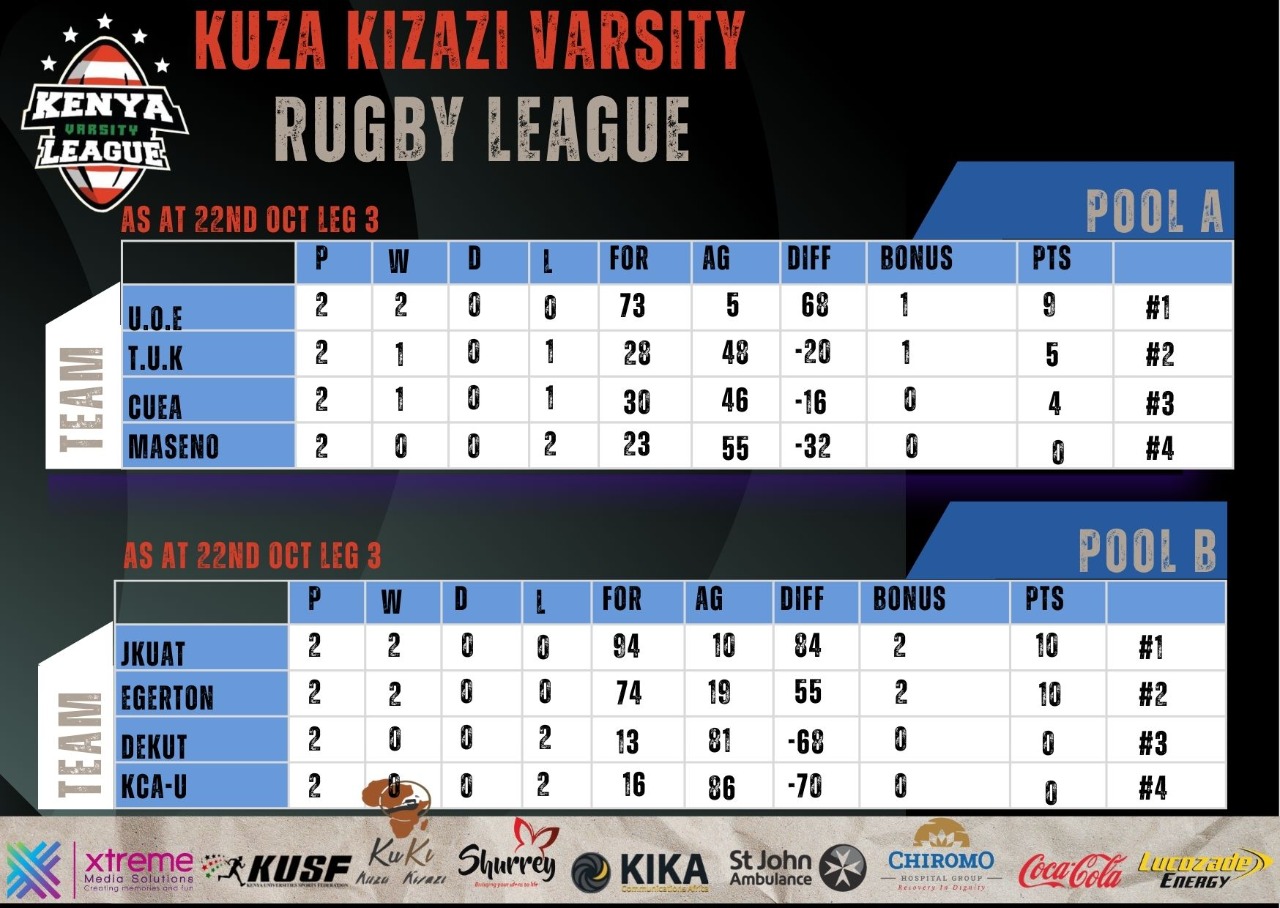 TUM Marines are in first place in Pool C with 10 points, followed by Meru University, who lost to the Mean Machine in the previous round but gained a bonus point win thanks to a walkover against  Kabarak University.

U.O.N are placed in third place with five points and Kabarak occupies the bottom position with zero points.

The final pool is topped by Kisii University who in this league are very lucky because none of their opponents ever showed up for the game, hence earning ten points .

They are closely followed by Coop University and Moi University each with five points and occupying the second and third positions respectively. Multimedia are placed in the fourth position with no points. 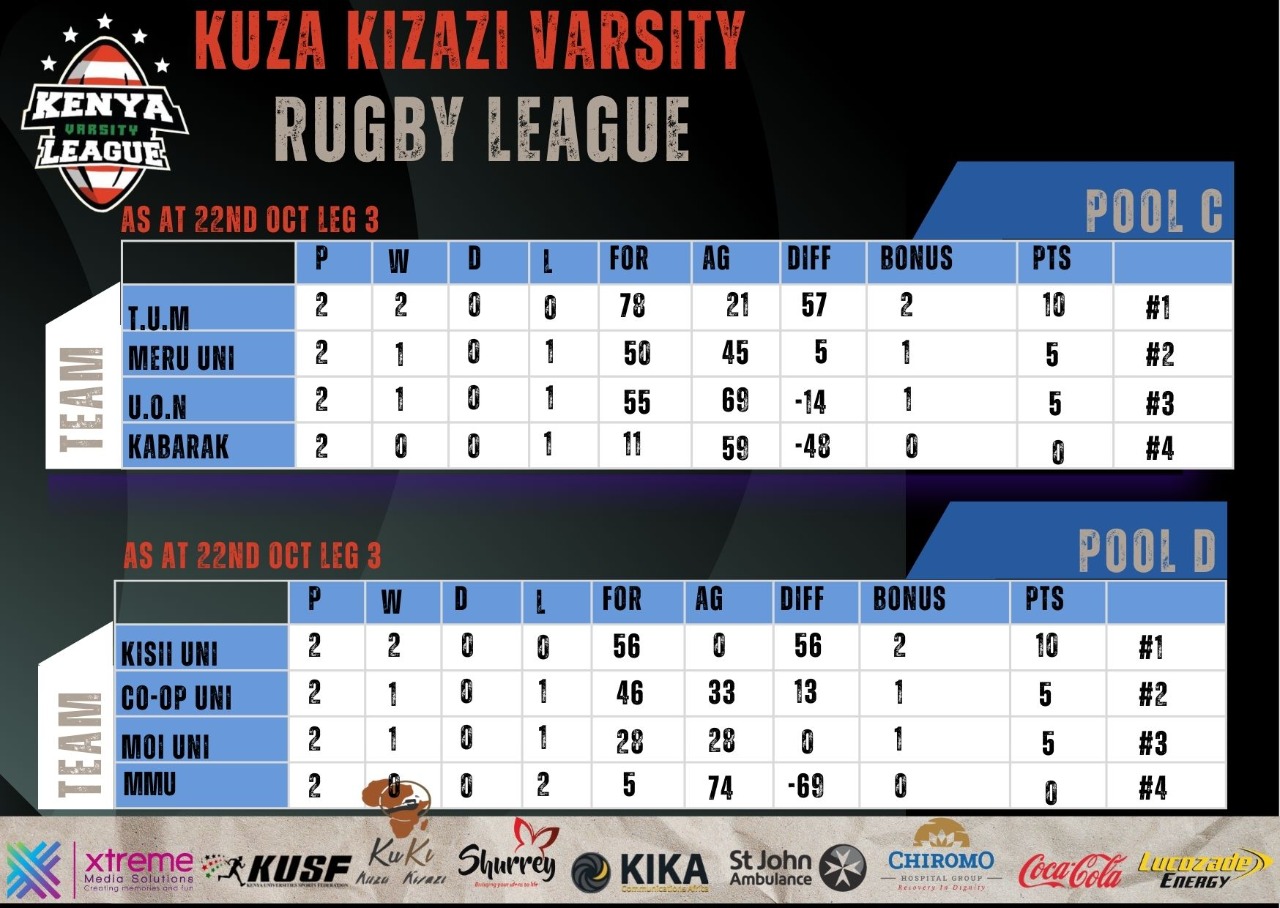