Kenya 7s will face Argentina in the Rugby World Cup Sevens 2022 round of 16 after eliminating Tonga following a 19-0 win in the pre-round of 16 match played at the DHL Stadium in Cape Town.

The match against Argentina will kick off on Friday at 5:23 PM East African Time. 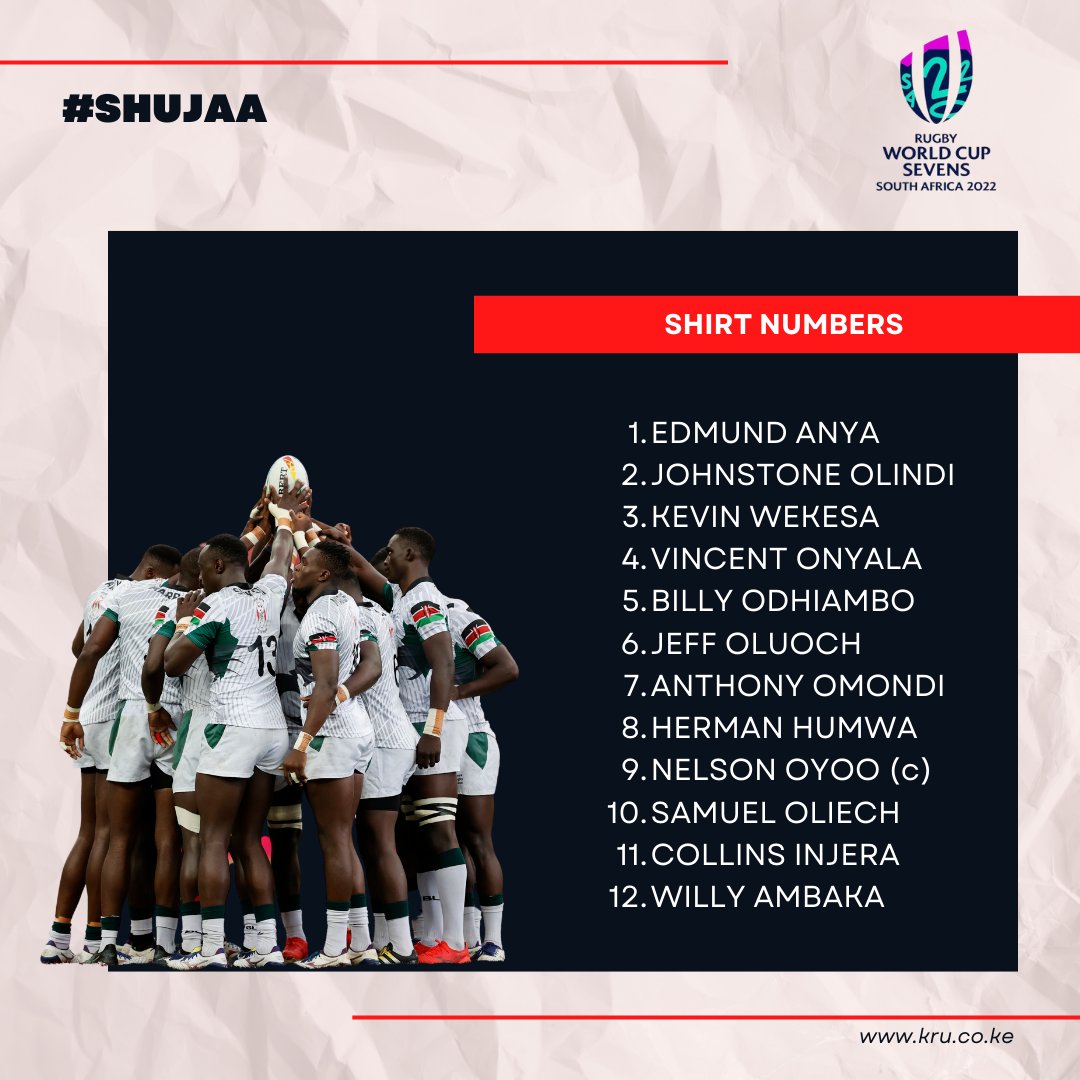 Shujaa came to this event after a 12th finish in the World 7s Series and were also hoping to better the 2018 Rugby World Cup performance.

After two minutes of play, they got on the scoresheet through Willy Ambaka who turned his marker inside out on the right wing before racing for the opening try that was converted for a 7-0 lead.

Kenya who maintained possession all through the half hit again just before halftime through skipper  Nelson Oyoo who burst through the defence after a switch of play by Sammy Oliech.

Just before the final whistle, Shujaa who were one man up after Tonga picked up a sin-bin scored through Vincent Onyala for a 19-0 win.

Uganda and Zimbabwe are out of the Cup contention after falling to Scotland and Canada respectively and will battle for the Bowl. Ireland, Samoa, join Canada and Scotland in the round of 16.

The competition uses a unique ‘winner takes all’ knock-out competition format first introduced at Rugby World Cup Sevens 2018 in San Francisco. It means every match counts as teams will need to win every time they enter the pitch in order to become world champions.

The 24-team men’s competition kicked off the action on day one with a qualification round involving teams seeded from nine to 24. The winners of the qualification round will progress to the round of 16 where they will take on the top eight seeded teams, while the losers will go into the Bowl competition which will decide positions 17 to 24.