New Zealand’s 26-10 defeat to South Africa in Mbombela on Saturday has cost them a place in the World Rugby Men’s rankings powered by Capgemini and they now find themselves at an all-time low of fifth.

The All Blacks’ fifth defeat in six matches resulted in an eighth of a point being taken off their rating and their new score of 86.13 drops them below England.

The Mbombela setback follows successive home losses to Ireland for New Zealand who have now lost three tests in a row for the first time since 1998. 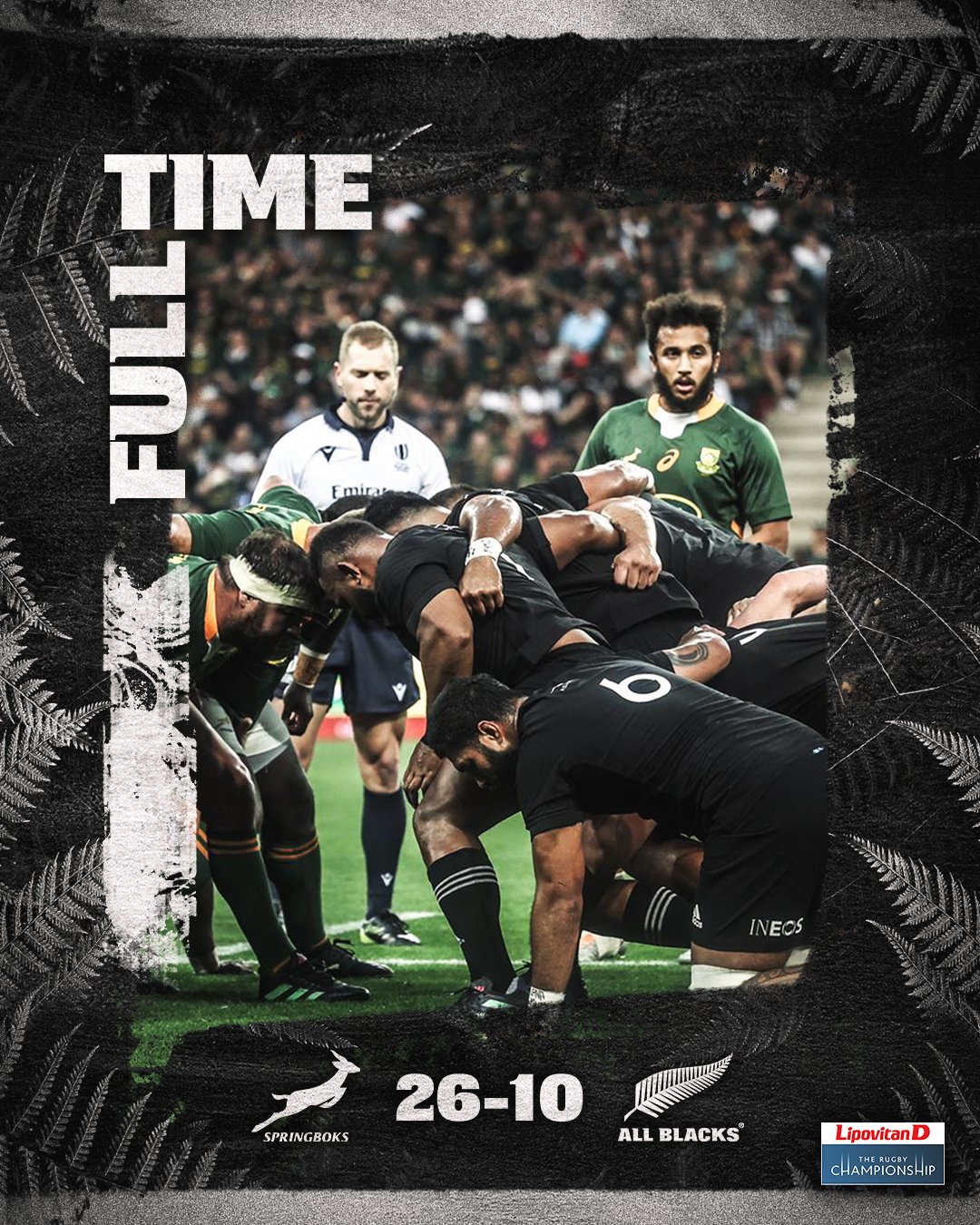 As for South Africa, they draw level with France on 89.41 points but stay in third as their score is fractionally inferior to Les Bleus’ when rounded up to three decimal places.

The win featured a first test try and a late red card for Springboks winger Kurt-Lee Arendse, while Willie Le Roux added a late try with time nearly up. Handre Pollard converted both tries as well as kicking three penalties and a drop goal.

Shannon Frizell’s late try, converted by Richie Mo’unga, after a first-half penalty from Jordie Barrett, was scant consolation for New Zealand who have a chance to put things right next Saturday when the teams meet again at Ellis Park in Johannesburg.

There is now just one place between New Zealand and Australia, who remain in sixth following an impressive 41-26 win in Argentina, and the gap between the trans-Tasman rivals is down to fewer than three points with the All Blacks having started the weekend at 4.76 points better off.

Los Pumas are also unmoved, in ninth, but the loss of 1.12 points leaves them with a sub-80 point score overall.

Holding a half-time lead of 19-10, Argentina looked on course to get the win that would see them become the higher-ranked of the two teams. 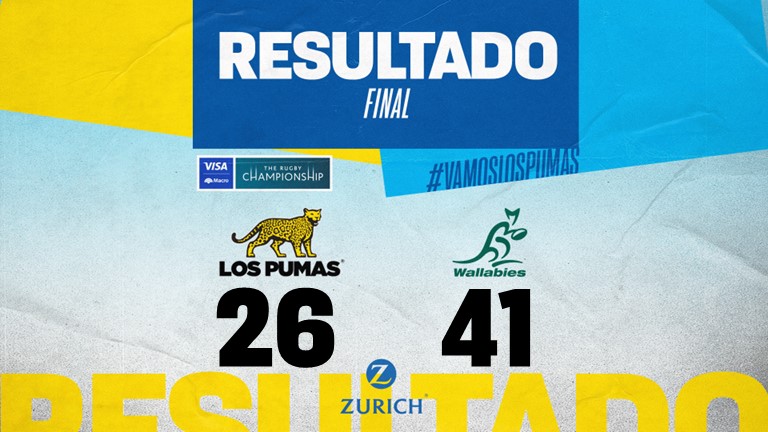 Australia were in danger of slipping to an all-time low of eighth but they managed to dramatically turn things around in the second half. Fraser McReight, hooker Folau Fainga’a and centre Len Ikitau crossed the whitewash, to go with a penalty try and a first-half score from Jordan Petaia.