All Blacks have named the squad for the test against the Springboks in Mbombela, South Africa on Saturday 6th August

Following the 32-22 defeat to Ireland in Wellington last month, which confirmed a 2-1 series loss and resulted in assistants John Plumtree and Brad Mooar being dismissed, the All Blacks will be keen to win one of their two Rugby Championship tests in the Republic to prevent Foster being sacked by NZ Rugby.

George Bower, Samisoni Taukei’aho and Angus Ta’avao, are in the front row. Samuel Whitelock and Scott Barrett are in the second row.

Akira Ioane and Captain Sam Cane will be the flankers of the day while Ardie Savea will be pioneering in the eighth man position.

Aaron Smith and Beauden Barrett will both operate as half back and fly half respectively. David Havili is set to play as inner centre while Rieko Ioane is at the outer side.

Caleb Clarke will occupy the left wing while Will Jordan will be operating from the right wing. Hurricanes skipper Jordie Barrett will be in charge of the fullback department. 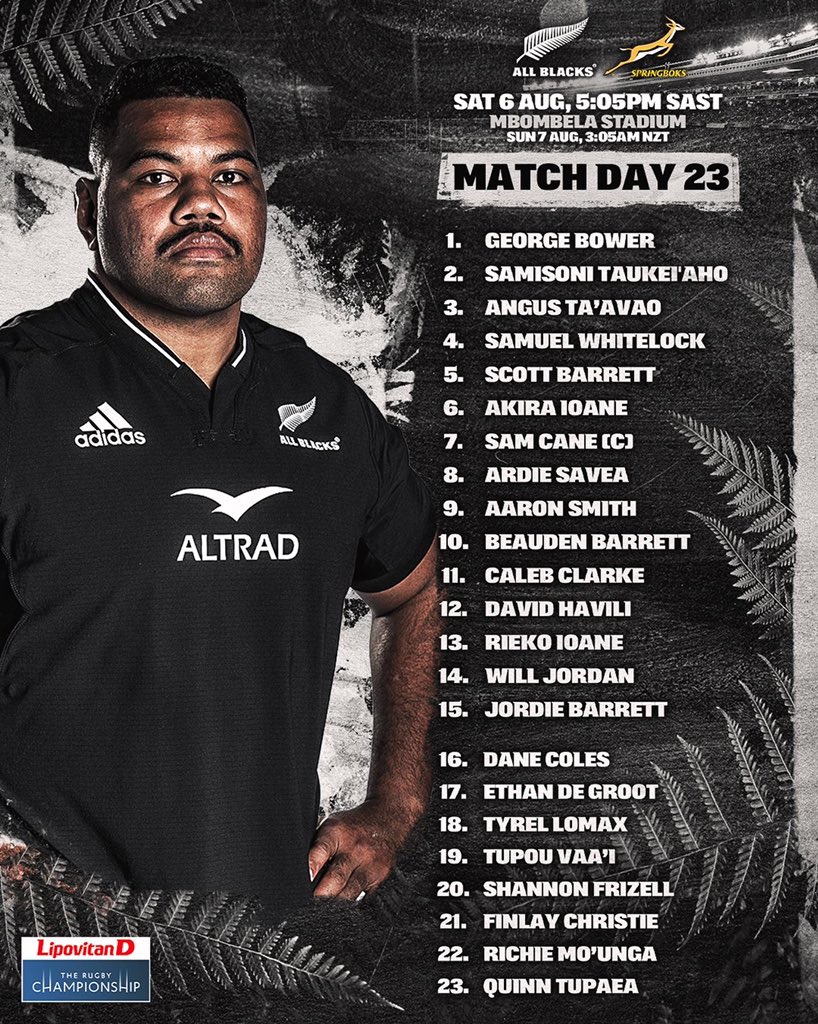