Nondies Head Coach Oliver Calum has released the squad that will feature in the final leg of the National Sevens Circuit, Kakamega 7s scheduled for the Bull Ring on Saturday and Sunday.

The coach has picked Benjamin Marshall in his squad that will head to Kakamega for the tournament.  Steve Odhiambo,  Fidel Oloo, Brian Amaitsa, Fred Shisia, Victor Rogena, Wafula Sankara,  Fidens Tony, Kennedy Wanyoike and Nang’ole Felix are all traveling.

Kenya 7s youngster Ben Salem is also included in the squad that will be captained by Calvin Sheunda and Dan Okito. Ian Mumbwani, Moses Begi, Samuel Motari and Steve Ortice have been excluded from the squad after last weekend.

Nondies missed the quarters last weekend and will be keen to bounce back stronger as they end the season. Nondies will face MMUST Rugby, Menengai Oilers and Vihiga Granites. 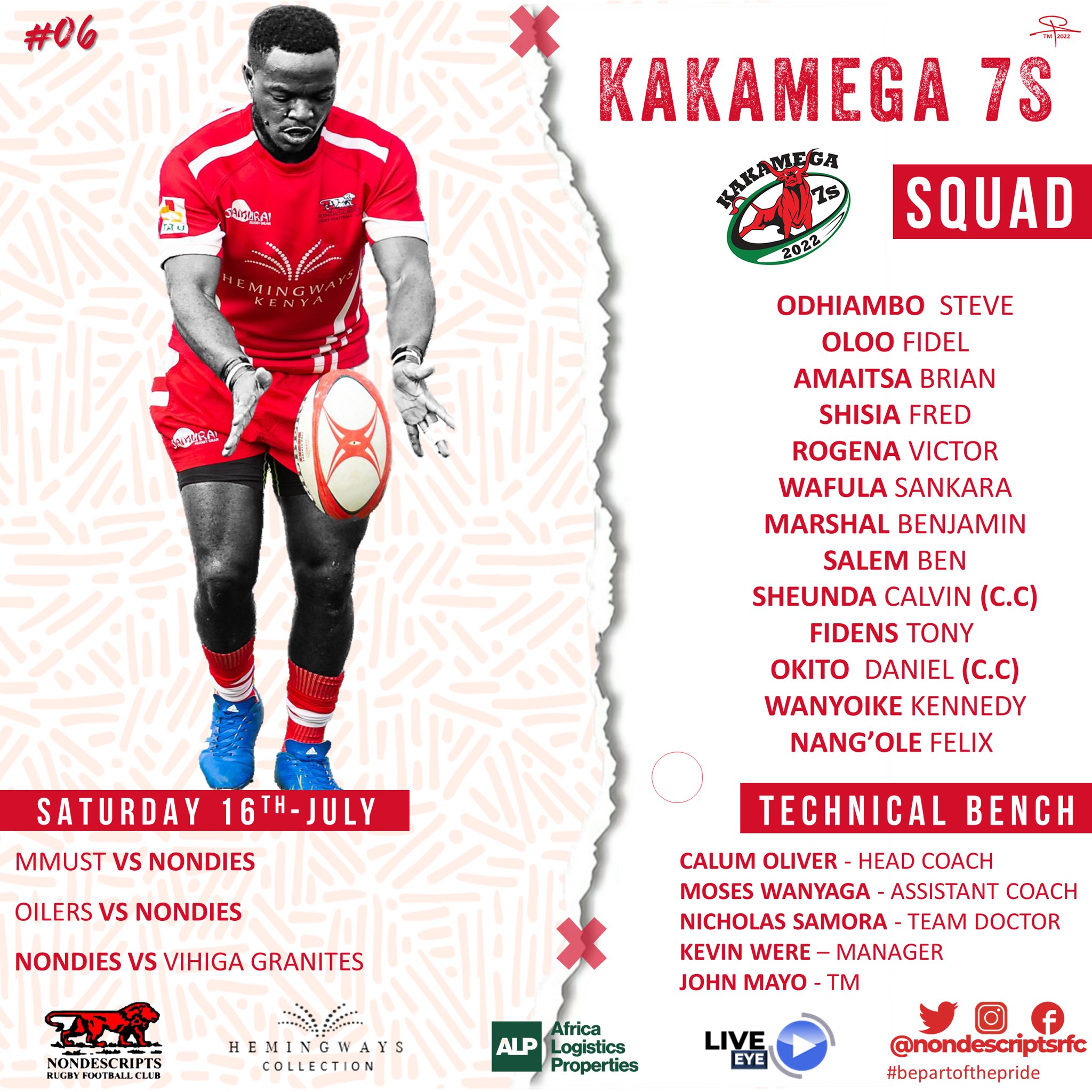