At this time last year, Oscar Okaron was in a rush to have Borderrucks RFC included into the Western Region Nationwide league. When he finally did succeed, it was baptism by fire because his first match was against former Kenya Cup side Kisii RFC.

He was able to marshal funds for a trip to Kisii, where his boys put up a strong challenge, and despite losing the match, he left Cardinal Otunga grounds with his head held high. His team then lost their first five matches, but he was able to turn things around and led them to a four-match winning streak that was key in their middle of the table finish.

Though he did not make it to the knockout stage, many who followed his progress with the Busia-based team will claim he did well for a young club with no resources.

Okaron faces a similar challenge a year later, with notable differences. The former Kabras RFC and Western Bulls player has been tasked with leading the Homeboyz squad that has seen ups and downs since Paul Murunga’s departure.

At Homeboyz, he may not have to worry much about how he will raise funds for each trip, how many players are available for weekend action, and other off-field issues, allowing him to focus on coaching.

It will be a difficult challenge, however, because he will be on the touchline as a Head Coach for Kenya Cup side for the first time in his coaching career and he will be up against seasoned coaches in the top tier.

Despite the task ahead, Okaron holds that he is ready for the task and getting a chance to coach in Kenya Cup is a dream come true.

“It was my dream to be a manager at a Kenya Cup side. If I managed it with the previous sides that I have coached, I foresee a stronger Homeboyz side than never before because of the culture that is in the jersey and the vision that the club’s management has.  With the full support of the management, their full potential will be seen, Okaron told the Scrummage Africa.

Homeboyz Rugby huddle in a past event. Photo Courtesy/Homeboyz Media

Those who saw him play will remember him for his bold approach, which he seems to have carried over to his coaching, if this interview is to go by. He claims that talents at the club, coaching courses, and personal experiences will aid him in his new capacity.

“I feel good when developing talents and with the potential and talents that have found, the team will be at the best of their abilities. The courses and training that I have will help me perform better. My personal experiences also with different sides have shown good results and I expect no difference.”

His CV now includes two Kenya Technical Institute 7s titles with Sigalagala Institute, leading Koyonzo to a maiden Western Region title in 2020, and assisting his former school, Kakamega, to an unbeaten run between 2012 and 2013 among others success.

Though this may appear to be just school-level achievement, the young coach believes it has taught him a lot that he intends to use in the Kenya Cup campaign.

“The success taught me a lot of lessons, importance of hard work, heart, good values and team culture which will help in my new task. I believe Homeboyz will be great again,”  he said.

The Deejays head to the campaign after a silent pre-season where they skipped Impala Floodlit Tournament. Asked if he believes they have had enough preparations, Okaron said:

“I have a lot of tough work ahead of me and it is important the team shows heart and passion. We have to work out everything step by step, I believe with the short time we’ve hard, we will deliver to the best of our abilities. It’s also incredibly important to have goals, I have clear ideas. It will be a tough road. I probably need to put in the hard work with the players.”

The coach is impressed with the level of talent at the club and how the players are responding to his sessions.

“The boys are very talented and have a lot potential that I just need to lower my expectations but am really happy with the response as the players are excited and I believe they will play to the best of there abilities,” he stated.

As he concludes he says his immediate target is to win the opening two matches and at the end of the season he hopes to  feature in playoffs. His long term plan is have a side stronger in all categories.

“This season we probably need to win our first two matches which is incredibly important for us. Later we intend to make it to the play-offs and finish the season on a high,” he stated.

“Our long term plans are to build, from the scratch a strong team, an inclusive rugby club that sponsors all levels of play including mini, junior, senior for all Boys, Girls, Women’s & Men’s teams. I would like to thank the management for entrusting me with this task”

Okaron starts his stint with an away trip to Mwamba. 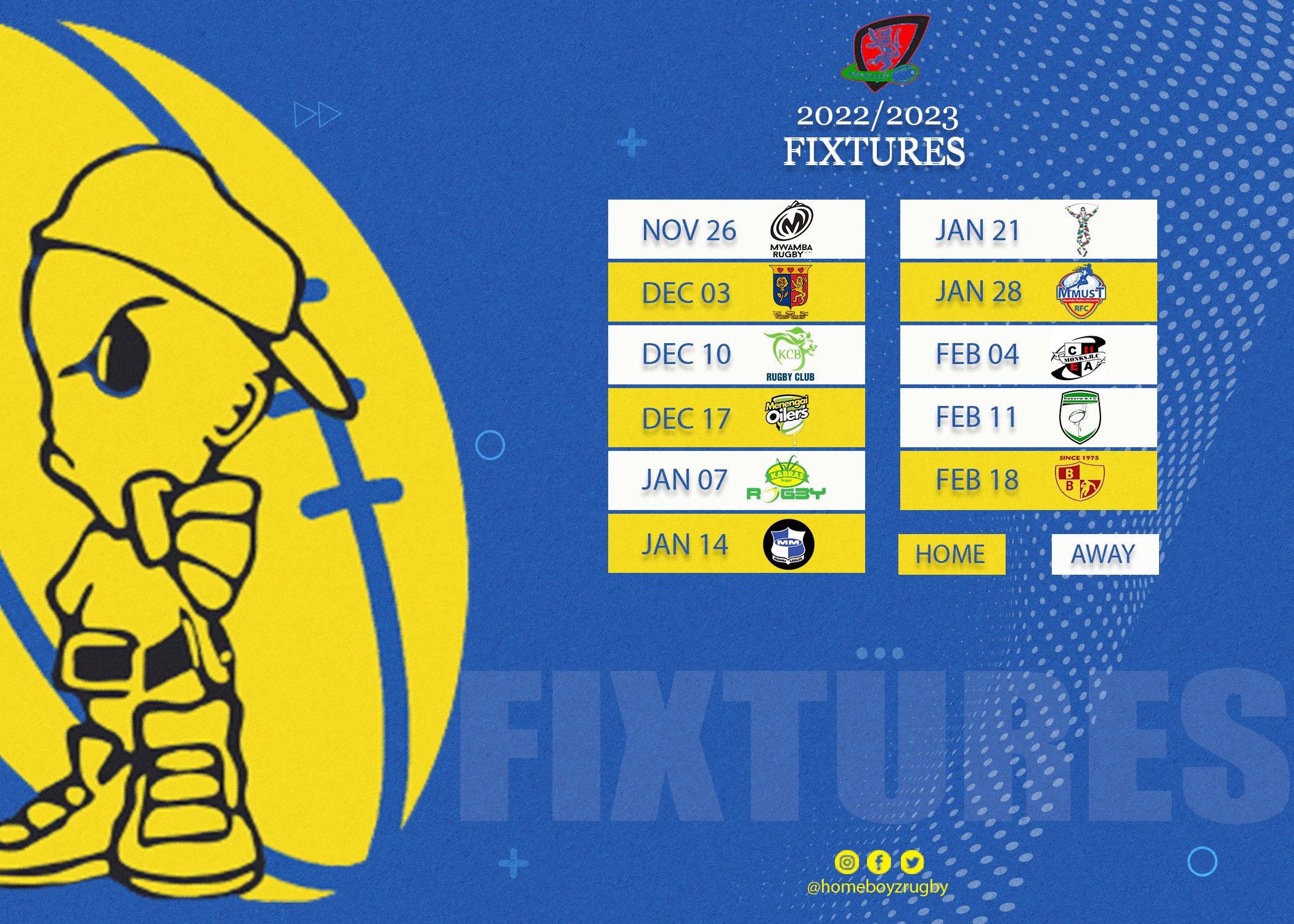