Springboks coach Jacques Nienaber has handed Warrick Gelant a start on the right wing and recalled scrumhalf Faf de Klerk in the only two changes to his starting team for their Castle Lager Rugby Championship tour match against Australia in Adelaide on Saturday.

Gelant takes over from Jesse Kriel on the wing, while De Klerk has completed his return to play protocol after missing the second Test against New Zealand due to concussion and slots in for Jaden Hendrikse.

Nienaber also made three changes to the replacements bench, which features a split of five forwards and three backs, where Hendrikse takes over from Herschel Jantjies, while Elton Jantjies will provide flyhalf cover and Frans Steyn additional cover at the back. Willie le Roux and Jasper Wiese are not in the match-23 this weekend.

“This is a very important clash for us to set the tone for our Castle Lager Rugby Championship tour and we feel that continuity in selection is important to build momentum in our campaign,” said Nienaber.

“Warrick was in good form for the DHL Stormers earlier this season and he has been working hard at training, so we thought it would be good to give him a run on the wing. He also combined well with Damian Willemse in the Vodacom United Rugby Championship, so we are excited to see what they offer us in the match.

“Faf, meanwhile, is back from concussion and his experience will be important in this game.

“We also feel it is important to give the likes of Ox (Nche), Joseph (Dweba) and Duane (Vermeulen) another opportunity to further build combinations and give them valuable game time as we build toward the Rugby World Cup next year.” 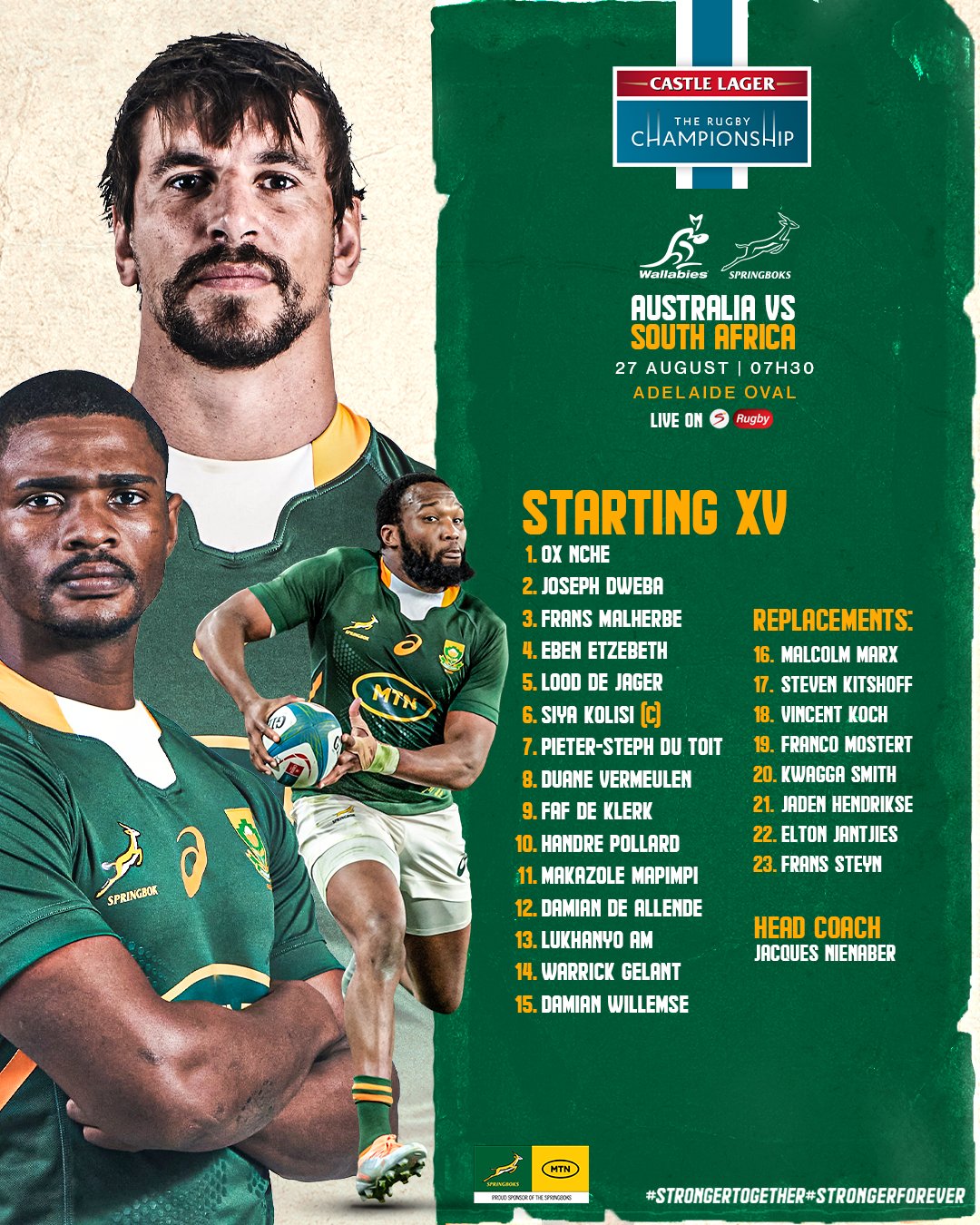