Kenya 7s Head Coach Damian McGrath has named his squad that will feature in the final leg of the World 7s Series, Los Angeles 7s, scheduled for Dignity Health Sports Park on 27 and 28 August.

The coach has made just two changes from the squad that featured in the Commonwealth Games.  He has called in Sammy Oliech who makes his return having been injured during the Emirates Invitational tournament in April 2021.

The injury saw him miss the Olympics in 2021, he comes in for Levy Amunga. The coach has also recalled Jeff Oluoch who comes in for Herman Humwa.

Willy Ambaka and Vincent Onyala retain their places after making a return during the Commonwealth Games.

Shujaa have been pooled together with Samoa, England and Scotland in Pool D.  They will be keen to finish on a high after a dismal run in the last three tournaments where they have just picked a point.

The side has 38 points following 10 and 12 points in the Dubai 7s tournaments, eight in Seville, five in Singapore and a point in Malaga 7s, Vancouver 7s, Toulouse 7s and London 7s.

Due to the pandemic, the event did not take place in 2021 after making its debut in Los Angeles in 2020. 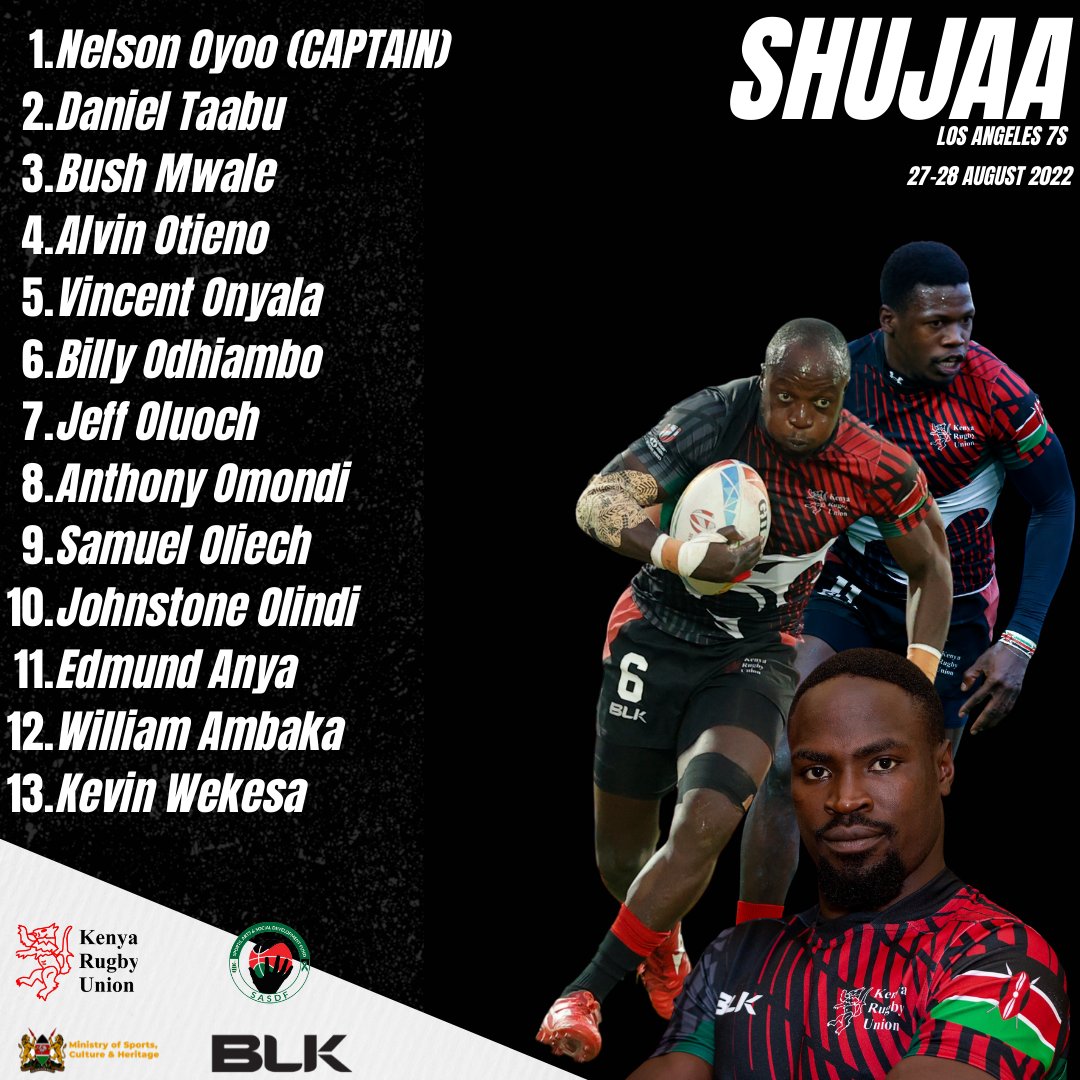