Uncapped tighthead prop Fletcher Newell has been introduced to the match-day 23 as front row cover, while props Ethan de Groot and Tyrel Lomax have been named in the run-on side. They are joined by hooker Samisoni Taukeiaho, while 69-Test veteran Codie Taylor returns to match-day 23 as cover.

Blindside flanker Shannon Frizell has also been moved into the run-on side after being used as an impact player during the first Test in Mbombela, marking his 14th appearance in the number six jersey.

In the back row, he is joined by Ardie Savea and captain Sam Cane who will surpass Jerome Kaino (81) as the third-most capped All Black loose forward in Tests.

The only change made to the backline is at first-five eighths. Richie Mo’unga will run out in the number 10 jersey for the first time this season, as he closes in on Carlos Spencer (291) for sixth place on the All Blacks’ all-time points-scoring list.

“Belief and confidence remain high in our group, which is working incredibly hard this week,” said Foster. “Playing at Ellis Park is always a special occasion for any All Black team, and this weekend will be no different.

“Adding to that, the Freedom Cup is on the line which makes this a challenge that everyone is looking forward to.” 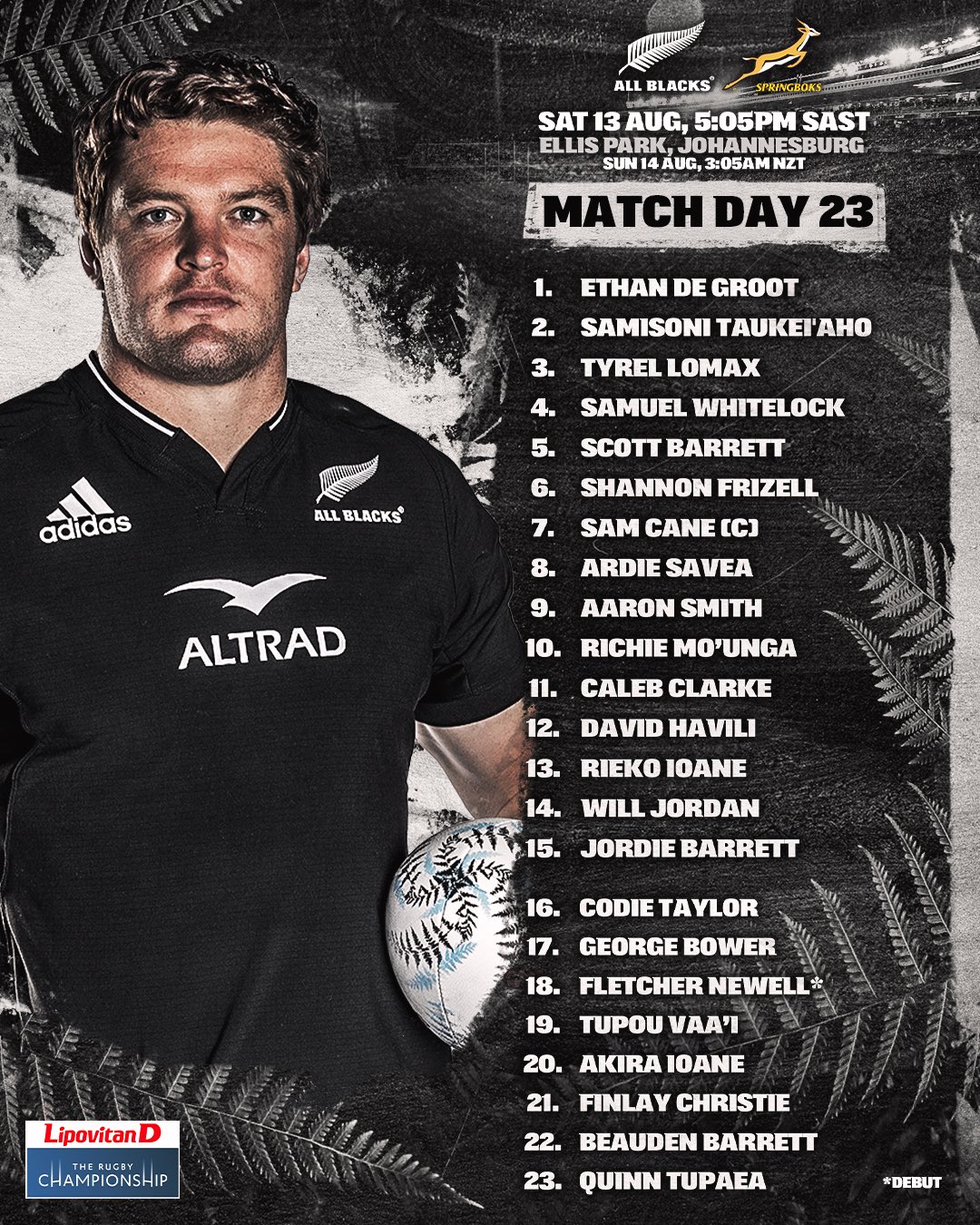