Davids scored 10 tries as the Blitzboks went on to reclaim the Gold they last won in Glasgow.  He scored in the final where South Africa outplayed Fiji to win 31-7.

Angelo’s try in the final

The gold medal match was a one-sided affair as South Africa dominated from the start to take a 24-0 lead over Fiji thanks to tries from Davids, JC Pretorius, Shaun Williams and Muller du Plessis before Waisea Naqucu replied for Fiji, but Mfundo Ndhlovu ran in a fifth try for South Africa at the death to seal a comprehensive 31-7 victory.

Samoa’s Steve Onosai came second with seven tries as his nation settled for the fifth spot in the event held from Friday to Sunday. 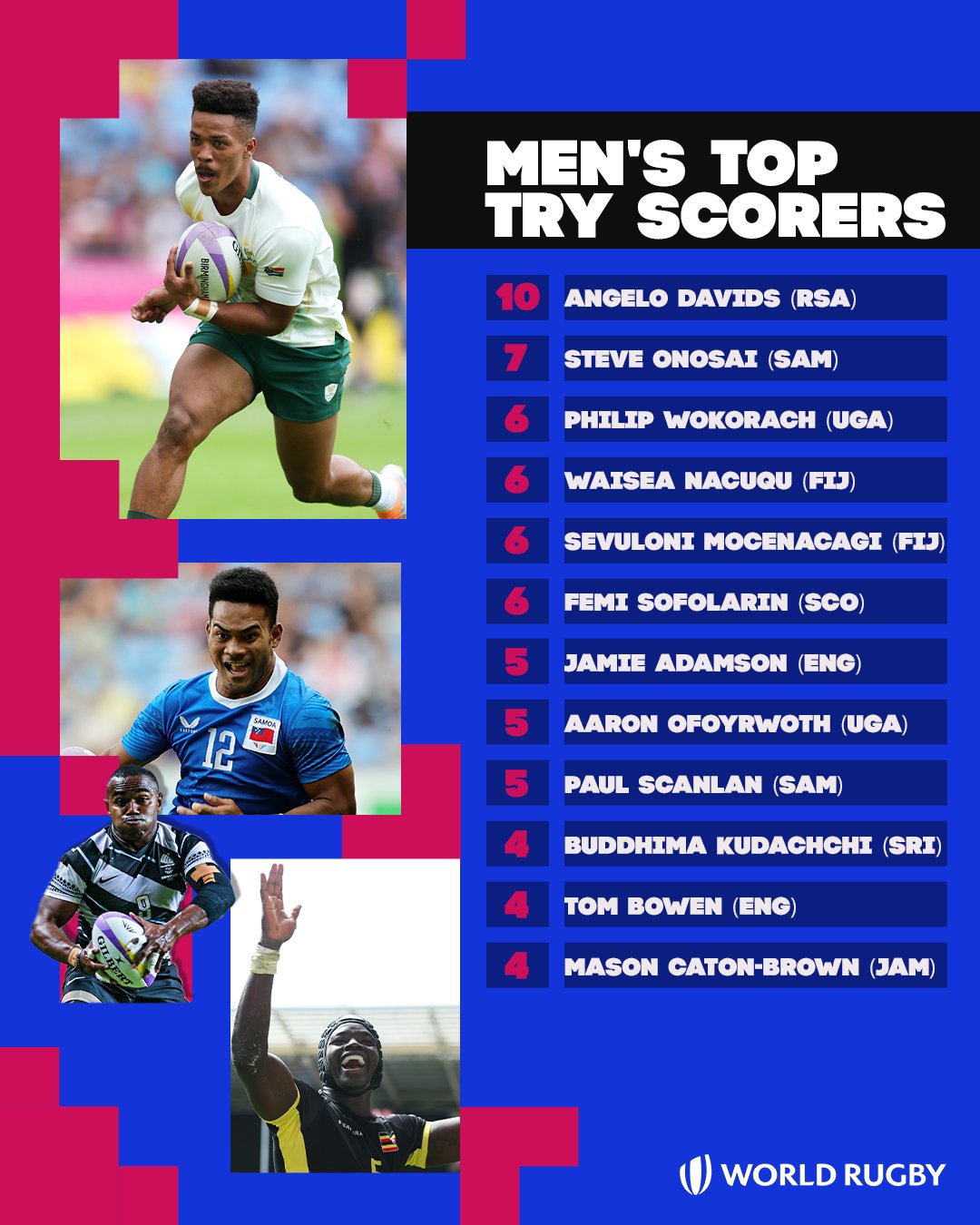 Four players are tied on six tries, they include Uganda 7s talisman Philip Wokorach who helped his side finish 10th in the competition,  Fijian captain Waisea Nacuqu and his teammate Sevuloni Mocenegaci and Scotland’s Femi Sofolarini were all in the bracket of six tries. 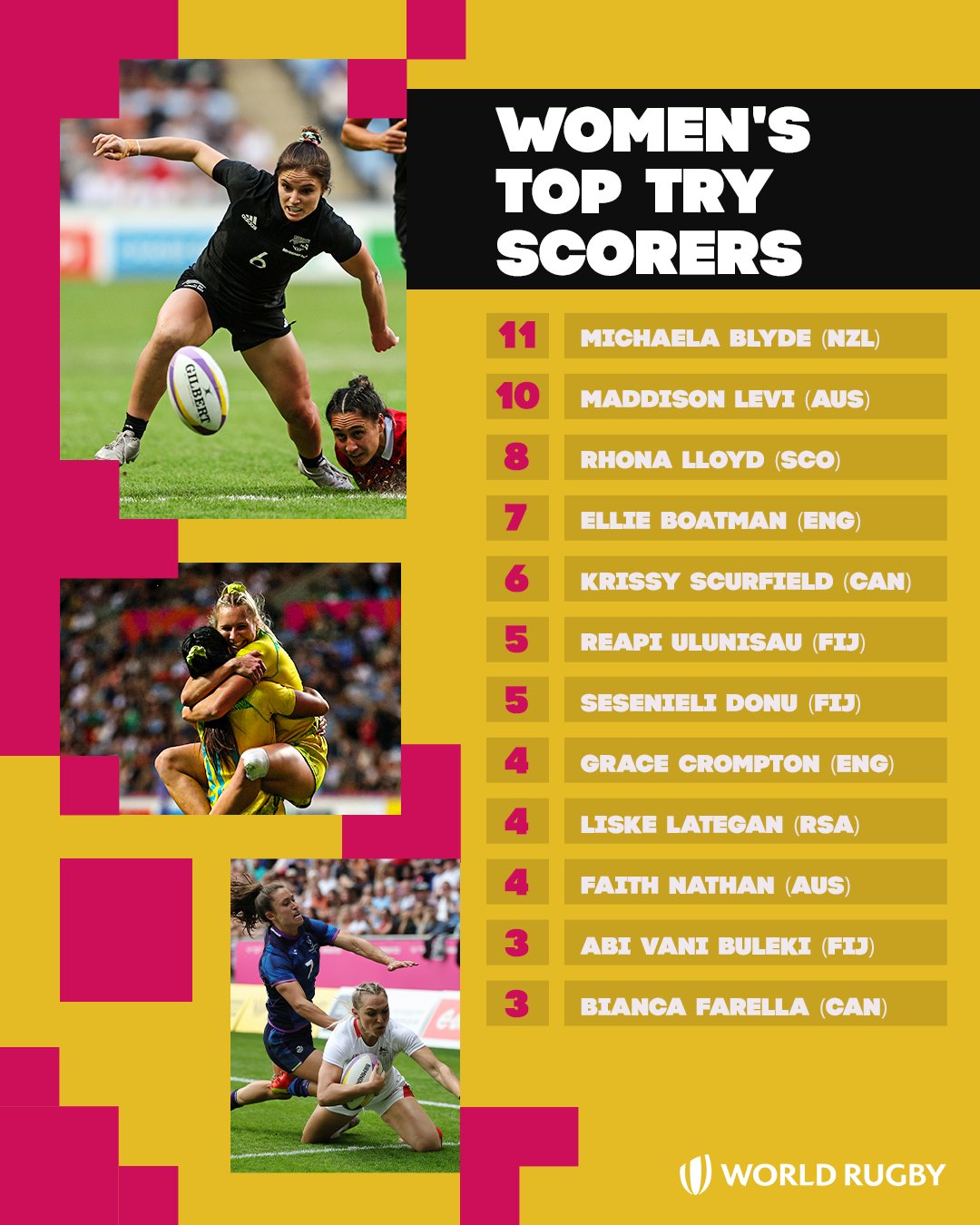 New Zealand were unable to repeat their double gold medal success from Gold Coast 2018 and had to settle for bronze in both the women’s and men’s events in Coventry.