Homeboyz have announced their squad that will be on duty in a Kenya Cup match against Kenya Harlequin at RFUEA Grounds on Saturday 4:00 PM.

Kenyan International Jeff Oluoch who recently graduated from the Administration Police heads back to starting squad and has been deployed on the left wing while former Western Bulls winger Brighton Bakasa gets a nod on the right side with Jan Remke and Leonard Mugaisi dropping to the bench.

Head coach Oscar Okaron has moved Brian Mutugi to the midfield to partner with Zeden Marrow with Bryan Juma earning another start at fullback.

Another Kenyan International Amon Wamalwa has been introduced at fly-half replacing Haroun Lubisia who has enjoyed starts this season in the position. Mohammed Omollo retains his place at scrum-half.

While the backline has three changes, four have been made among the forwards with Dalton Simiyu and Dan Kagwa paving way for Ezekiel Owiti and Bruce Abinta who join Abel Matanda in the front row.

Joe Awori joins team captain Roy Wesonga in the second row while Philbert Mwanzo has been reunited with Stanley Isogol and Tom Maina in the back row.

Collins Shikoli who also graduated from the Police has been named on the bench alongside Brian Ayimba and Mike Munene.

Homeboyz will be facing their former boss Paul Murunga and with both sides tied on 14 points, a win for either side will boost semi-final chances. 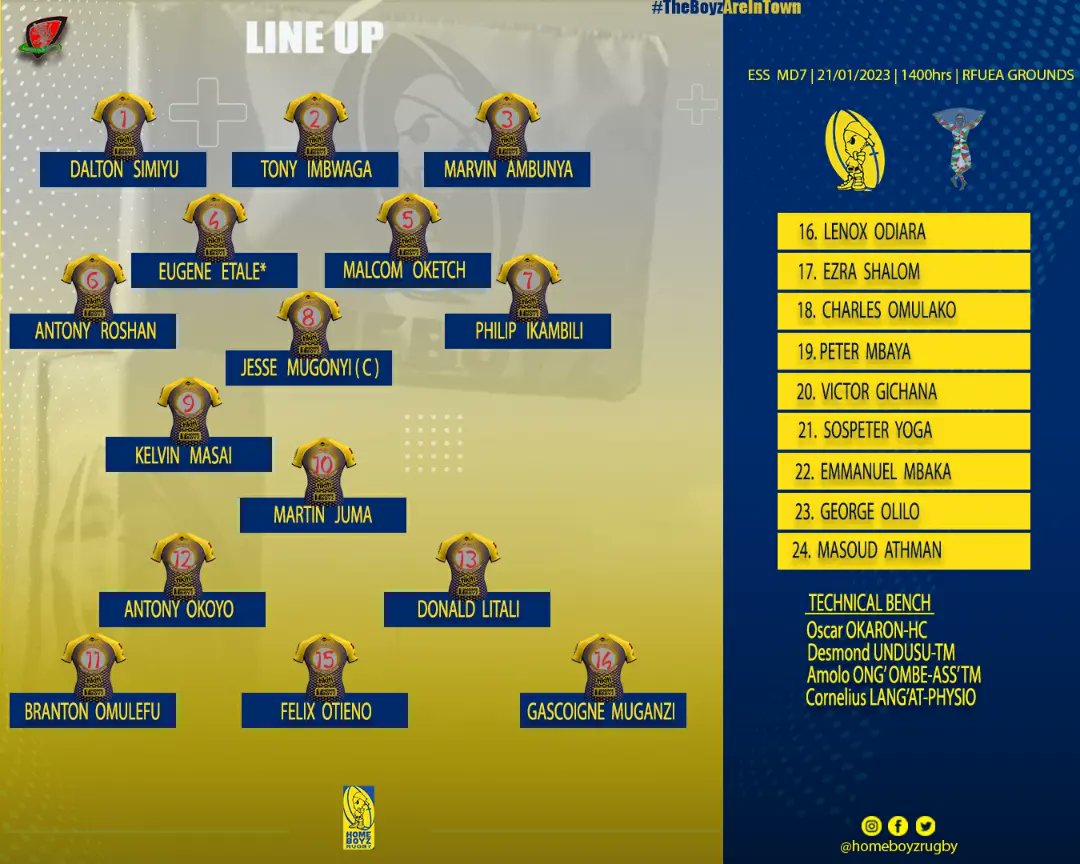 KRU Championship standings after round six