If this was meant to be the All Blacks’ big response to last week’s loss in front of a sellout home crowd in Wellington, they failed, going down 32-22 to Ireland.

Ireland seemed unstoppable in the first half. Once again scoring early off a well-worked lineout drive after choosing to kick to the corner rather than take the 3 points on offer. Flanker Josh Van-der-Flier crashed over the line to make the score 5-0.

The All Blacks made uncharacteristic unforced errors during the first 20 minutes of play, their only points coming from the boot of Jordie Barrett as they struggled against a superior Ireland 5-3. 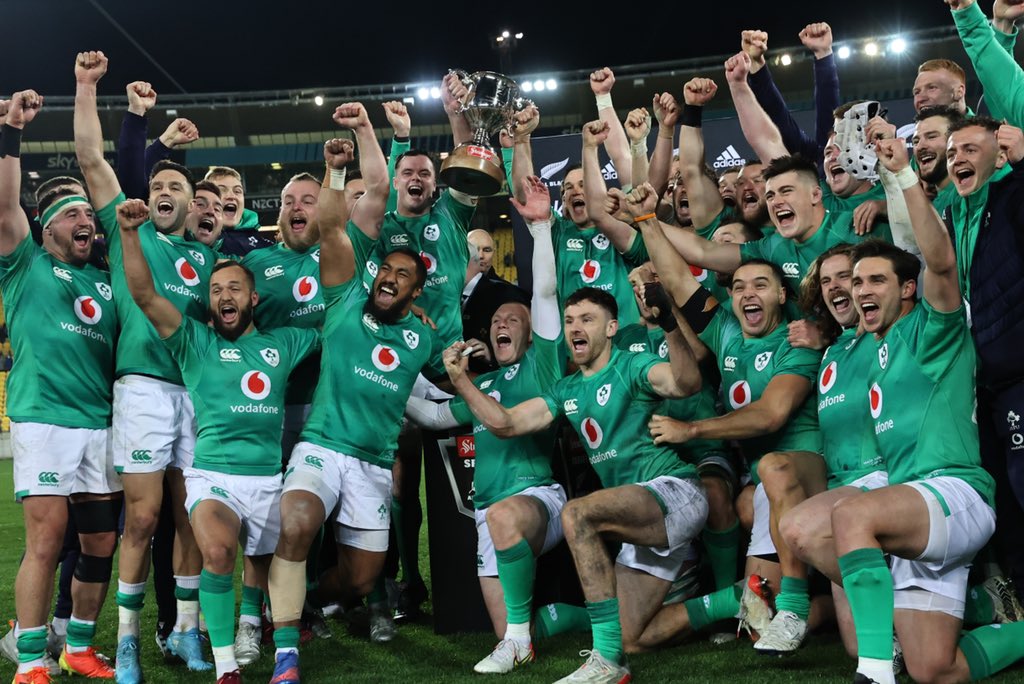 With the 30 minute mark approaching the Irish managed a second try through fullback Hugo Keenan, scoring a well worked team try. With Johnny Sexton slotting the conversion and a penalty quickly after, the Irish looked very much in control leading 15-3.

However the pain wasn’t over for the home side with Center Robbie Henshaw scoring just before halftime in another well worked team try to take the score to 22-3.

At halftime both coach’s comments would have been very different as the Irish shape and smarts on attack and defense proved them to be well in control. While New Zealand had been made to look like school boys, looking down at a potential thrashing.

However the All Blacks started the second half the way Irish started the first. Phase after phase of relentless attack ending in Ardie Savea stretching over 10-22.

Irish prop Andrew Porter was then yellow carded for a high tackle. The All Blacks were quick to capitalize with Akira Ioane powering through to score, momentum looked to be swinging for the home side 22-17

Ireland were able to respond through the boot of 37 years young Johnny Sexton. 25-17

However, Ireland never really looked under real pressure again, turning down 3 points. They backed themselves, hooker Rob Herring scoring off a lineout drive to push their lead out 32-22.

As much as the All Blacks pounded away in the final 10 minutes, they simply could not break the Irish defense. In the end both teams were simply out of gas and Ireland the deserving winners.

Ireland claimed a famous series win on New Zealand soil which has only been done 3 times in history. Coach Andy Farrell has proved his side is the best Irish side to ever tour New Zealand and potentially the best side in the world right now. While All Black coach Ian Foster faces a tough week where his future as coach will be questioned.