Homeboyz Rugby have included three new faces in the squad that will feature in the Dala 7s competition slated for Jomo Kenyatta Stadium on Saturday and Sunday.

Joe Awori who signed for the club from KRU Championship side USIU Martial has been included in the squad. Head Coach Oscar Ayodi has also selected Micah Nyongesa and Washington Ochieng for the lakeside trip.

Jan Remke who graduated with a BSC in Statistics degree six days ago will retain his position as the team captain.

Homeboyz finished fourth in the Driftwood 7s and will be eyeing a better performance.

Homeboyz regained the Dala 7s championship with a hard-fought 12-10 victory over KCB a year later. Ahmed Shaban put KCB ahead 5-0, but Mike Wanjala converted Oscar Okaron’s attempt to give the deejayz a 7-5 advantage at halftime.

The deejayz extended their advantage at 12-5 when Jeff Oluoch grounded the ball. Homeboyz held out to retain the Dala Sevens, with Arthur Owira landing a late try at the corner to make it 12-10. 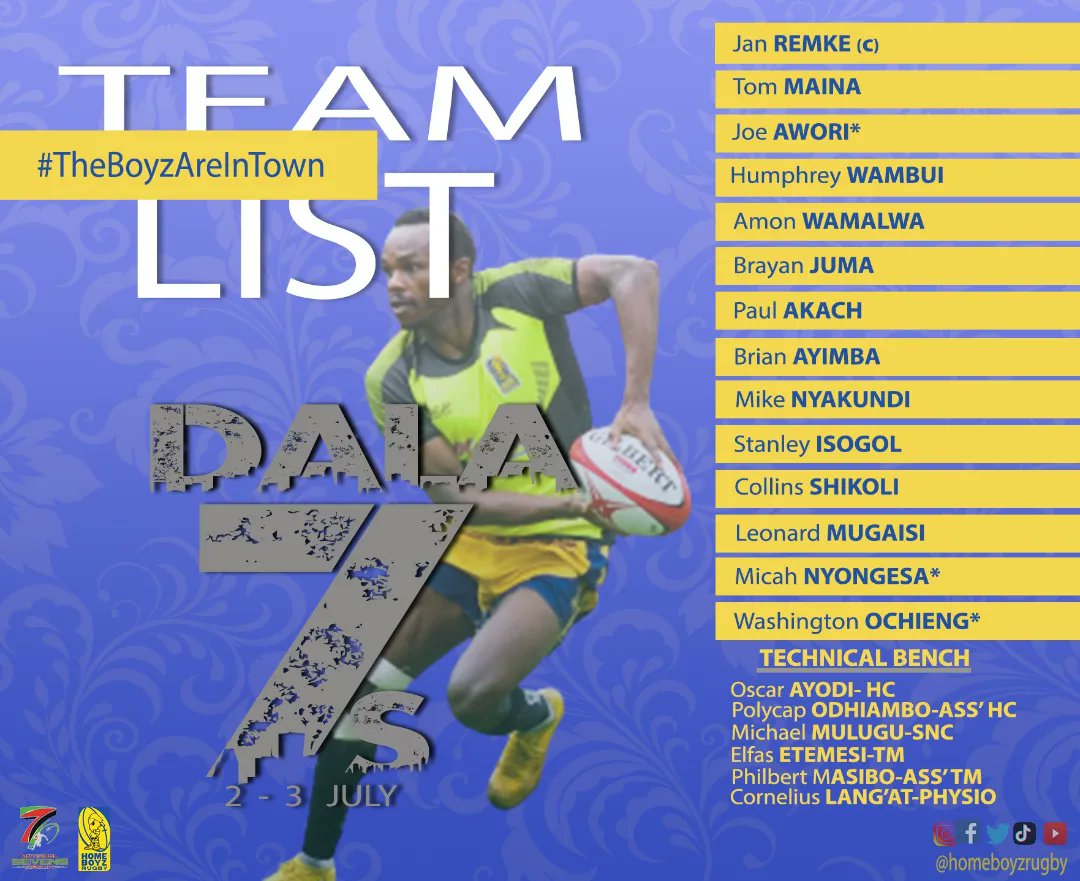