Pools for the seventh tournament of the 2022 World 7s Series have been confirmed ahead of the event scheduled for  20-21 May 2022 in Toulouse, France.

Kenya 7s are in Pool B and they find themselves paired against Olympic Champions Fiji, hosts France and Wales.  Pool A has Vancouver 7s winners Argentina who have been grouped alongside England, Canada and Japan.

Australia are in Pool C and will battle with New Zealand, Scotland and USA. The final pool has Samoa, World 7 series leaders South Africa, Ireland and Spain.

Previously the France’s event used to take place in Paris but World Rugby announced new hosts cities which included Malaga, Seville (in Spain) and Toulouse for the 2022 events.

The Toulouse 7s will be staged at The Stade Ernest-Wallon. The stadium was built in the late 1980s and it was recently renovated. It has a capacity of 19,500.

Toulouse is entrenched in rugby culture as the home of the five-time European and 21-time French Top 14 champions, as well as the newly promoted Super League team. 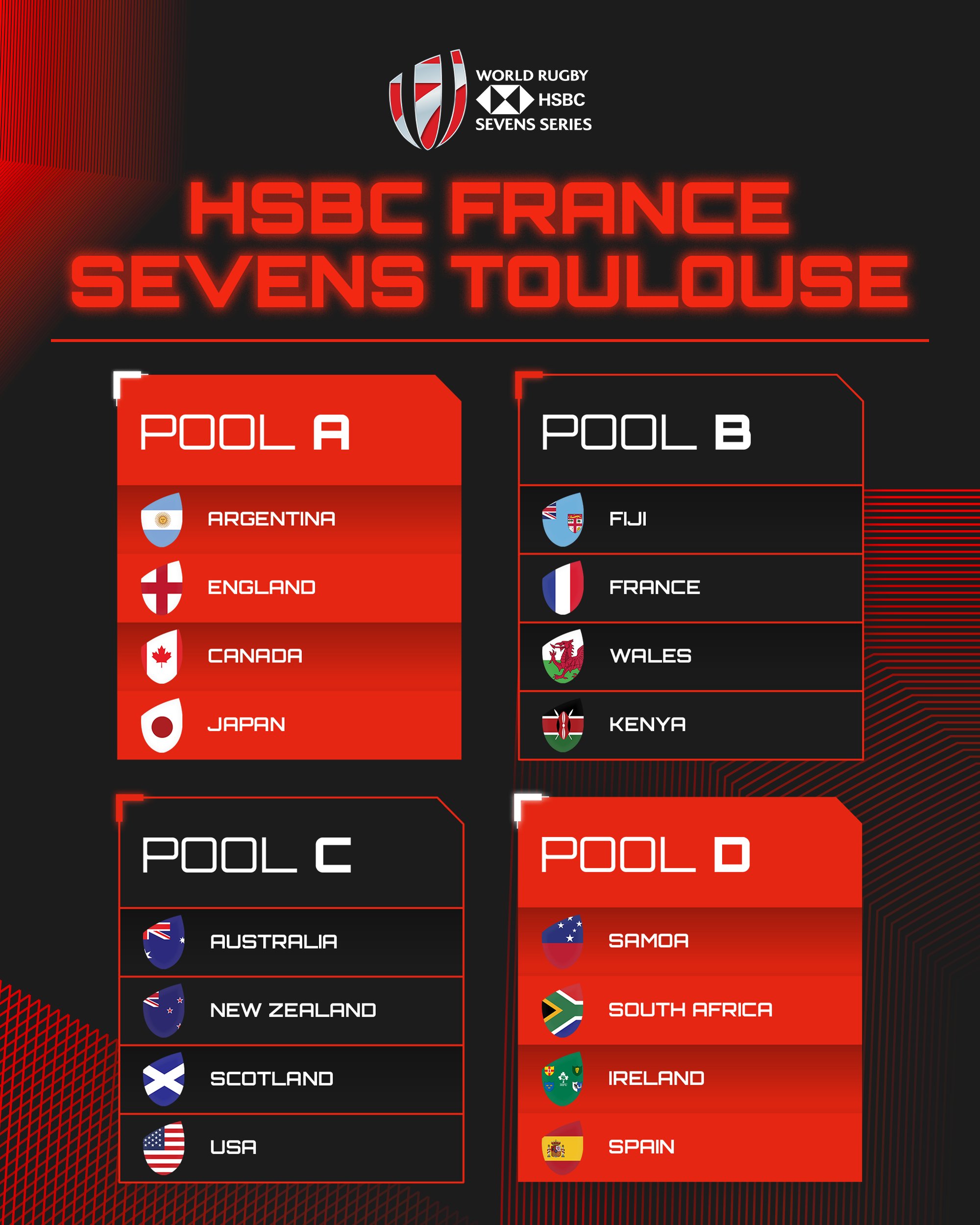